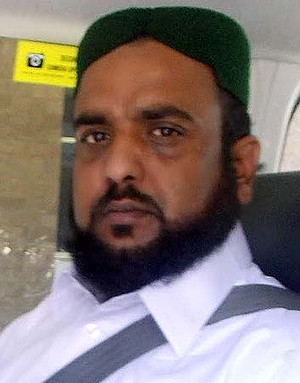 A university student walked through the doors of a Sydney Centrelink office to make what he thought was a reasonable request.

The 26-year-old, who was visiting from Lebanon on a student visa, told a government worker he wanted to become the guardian of a 12-year-old girl. The girl was his “wife”.

The worker told him he would have to apply for guardianship through the Department of Family and Community Services.

He did this but his request was denied and police were called.

Child abuse detectives said the man was shocked. He believed there was nothing wrong with applying for guardianship, or having an ongoing sexual relationship with the girl because she was his wife.

Ahmad Chamma, 26, allegedly met a 12-year-old girl in the Hunter region in 2012 and became involved in an ongoing sexual relationship with her.

The pair then allegedly moved to a house in Sydney’s southwest, where they continued the relationship.

Police claim the man and child were married in an Islamic ceremony in NSW earlier this year and the girl is now 13.

He was charged with 25 counts of sexual intercourse with a child between 10 and 14 years.

The sexual assaults took place between January 1 and February 4.

Wearing a striped polo shirt and a black beard, the man made a brief appearance at Burwood Local Court and spoke via an Arabic interpreter.

NSW Community Services Minister Pru Goward said the case was brought to the attention of authorities by Centrelink.

“This is a very secretive practice … but it is not an unknown practice,” she said.

“I understand there are actually a significant number of unlawful, unregistered marriages to underaged girls in NSW, particularly in western Sydney, southwest Sydney and the Blue Mountains.”

The father who allowed his 12-year-old daughter to be married in an illegal ceremony has been refused bail, despite him arguing the child bride was a “strong-willed woman” who was “in love”.

The 61-year-old was refused bail by a Newcastle court  on Wednesday after police charged him with accessory before the fact of sexual intercourse with a child aged 10 to 14 years and procuring a child under the age of 14 for unlawful sexual activity.

“Even if the allegations against him are proved he believes there is nothing wrong with the behaviour alleged,” Magistrate Franklin said.

“The defendant has a disregard for the laws of this state,” he said.

A Legal Aid solicitor told the court  her client denied many of the allegations made  by the police.

“He certainly denies facilitating or setting up any arrangement. She is a very, very mature and strong-willed young woman. He says they are in love and it is a very strong love.”

She also said her client was worried about his children, one of which was in tears the last time he saw them.

The solicitor also told the court her client was very well respected in the community and very well known.

Child abuse detectives arrested the 61-year-old on Tuesday afternoon after he “gave his blessing” to the illegal Islamic ceremony, which was held at his house.

It will be alleged he allowed his daughter to move to south-western Sydney with the Lebanese man she had “married”, who was visiting Australia on a student visa, police said.

The father’s arrest comes the day after Imam Muhammad Riaz Tasawara, a Muslim cleric, was charged with conducting the illegal marriage of the girl and the man, who was 14 years her senior.

The 26-year-old man who married the girl remains in custody, charged with 25 counts of sexual intercourse with a child. He was arrested last week.

It is alleged he had sexual intercourse with the victim almost every day between January 1 and February 4 this year.

A detective investigating the case said the victim’s father was “shocked” when police arrested the accused last week.

Police said the victim, who has since turned 13, is in the care of the Department of Family and Community services.

It is understood the victim was born in Australia and started wearing the hijab to school when her father converted to Islam. She now identifies herself as Muslim.

Police allege the victim met the Lebanese national at a local mosque and began a friendship.

Later, the man, who was studying at the University of Newcastle, asked the girl’s father for her hand in marriage and was allegedly granted permission.

Last week, Muslim leaders expressed their concern at the so-called marriage and the Grand Mufti of Australia, Ibrahim Abu Mohamed, said it should be “rejected and condemned from a legal and ethical perspective”.

Dr Ibrahim said the matter should be dealt with by the proper authorities as with any other crime.

Muslim Women’s Association executive officer Maha Abdo said “there is no religious leader, imam or scholar in Australia that we work with that would conduct an Islamic wedding ceremony that involved an underage child”.

Ms Abdo said they were concerned by further reports that this was a prevalent, secretive practice among Muslim communities.

“There is nothing to hide here. This sort of behaviour is against Australian law and the Muslim community does not encourage or condone such a union,” she said.

“We, as Australian Muslim women, like the rest of Australia are deeply concerned for the welfare of the young girl.”

Keysar Trad, the founder of the Islamic Friendship Society, said: “We are shocked that such things could occur in Australia. No licensed celebrant is allowed to conduct a marriage of this nature as it goes against all Islamic teachings.”

“Communities across all faiths should collaborate alongside the government to ensure such incidents do not occur in Australia.”