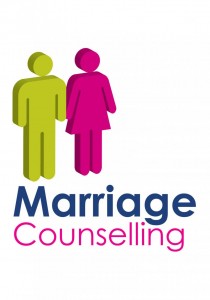 The government’s $20 million, 12-month trial will start on July 1. It is the brainchild of Mr Andrews, who has said he wants to ”help couples achieve a greater degree of happiness and stability and thereby a better environment for their children”.

Mr Andrews is the author of Maybe I do: Modern marriage and the pursuit of happiness, a 2012 book that defends traditional marriage from the ”constant siege” he argues the institution is subject to. In his book, Mr Andrews says that governments should do more to help prevent the breakdown of families, which he says poses a grave threat to Western traditions. But despite Mr Andrews’ argument that marriage should only be between a man and a woman – he claimed legalising same-sex marriage could lead to an acceptance of group marriage – gay couples can apply for the vouchers.

Under the trial scheme, the government will offer 100,000 couples a $200 subsidy for ”marriage and relationship education and counselling, including components of parenting education, conflict resolution and financial management education”.

Mr Andrews has designed the vouchers for couples ”who are married, intending to marry or who are in a committed relationship, including same-sex couples”.

”The evidence shows that strong relationships between parents make a substantial difference to a child,” Mr Andrews’ spokeswoman said.

Relationships Australia national director of operations Lyn Fletcher welcomed the trial, which she said would normalise counselling and could even drive the divorce rate down. ”I applaud the strategy,” Ms Fletcher said. ”We know that couples who do engage in these processes early on before entrenched problems generally have better outcomes as a result, so it’s a good thing.

”We certainly expect that if we invest at this end then the impact of family breakdown and divorce rates should be seen in the longer term.”

She said it was not possible to provide ”success rates” for relationship counselling.