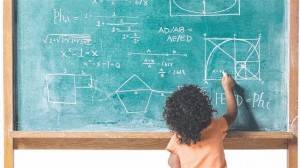 A DIVORCED Sydney dad with shared custody of his daughter has asked a court to order his ex-wife to ensure their child does her homework.

But the Federal Circuit Court judge who heard the case has resisted making a “homework order” for the 12-year-old, saying it would likely be “unenforceable”.

“It involves an undesirable micromanaging of the parties in the performance of their role as parents,” Judge Stephen Scarlett said in his decision handed down in Sydney.

The mother, who cannot be named for legal reasons, told the court her child did not want to do homework at her dad’s house either.

“I have trouble getting (the child) to take homework, projects and her (musical instrument) – to her father’s place to complete and practice,” the mother said.

The parents were together for two years until they separated in 2001, when their daughter was only eight months old. The father has remarried.

Relations between the pair have been so strained that they have only communicated by email and they have been arguing about which high school she should attend.

They have been battling in the courts since 2003, when the Family Court made orders dealing with their daughter’s surname, where she should live and how much contact each parent should have.

In 2007 the Family Court ordered the parents should have equal shared custody of their child but she should live primarily with her mother.

Judge Scarlett made interim orders on June 18 that she should live with her father. He said the father should have sole responsibility for making decisions about “major long-term issues” concerning the child’s welfare.

The girl will visit the mother on alternate weekends during school terms and for a part of her school holidays.

A “family consultant” who interviewed the pair in 2010 found they had a “very poor parenting relationship which is resistant to change”.

“We know kids’ lives are complicated,” she said, adding court orders could mean parents were “stuck with arrangements” that can’t be changed without returning to court.

Ms Carmichael said parents with shared custody “don’t need to like each other” but they need to try to build a “constructive relationship”.