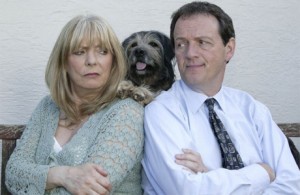 Instead of the seven-year itch, Australia’s married couples are increasingly calling it quits once they’re past the 20-year mark.

For a growing number of couples, “till death do us part” seems to translate into “until the kids leave home.”

The Australian Institute of Family Studies has released a report titled Working Out Relationships , which reveals that the number of couples divorcing after 20 years of marriage has more than doubled from 13% in 1990 to 28% in 2011.

Director of the institute, Professor Alan Hayes, told 1233 ABC Newcastle’s Jill Emberson that while most divorces still occur in the first 10 years of marriage, more and more couples are splitting after two decades together.

In the majority of cases divorces are initiated by the wife, and middle-aged men are more likely to remarry than divorced women.

Professor Hayes says often the husbands are taken by suprise when their wife wants a divorce, and even though they recover better financially from their marriage ending, the emotional toll on men seems to be worse.

“While men may recover financially, the depth of the emotional scars seems to be much greater,” he says.

The statistics seem to indicate that couples are staying together for their children, with the number of divorces involving kids under 18 declining.

“We have a generation now who are better educated and have better life prospects and choices,” the director says.

“Women are able to exercise choice when they’re in a relationship which is starting to be less than emotionally fulfilling.

“People can paper over the cracks while they’re focused on raising children, and then of course when children leave the nest sometimes the depth and width of the cracks starts to become more apparent.”

Overall, the professor says Australia’s divorce rate is dropping, perhaps due to 80% of couples now living together before they marry.

And he says while couples are more aware of the impact on children, divorcing later doesn’t avoid that problem entirely.

“You can’t just assume that adult children won’t be as gutted as younger children,” he says.

“It often comes as a great surprise, particularly to the man involved, but also to those around the couple.”

Professor Hayes says more attention needs to be paid to supporting middle-aged couples when they develop problems in their marriage.