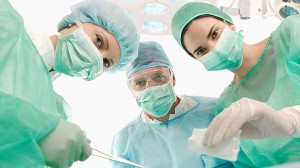 A QUARTER of the nation’s health budget is devoted to futile end-of-life care that strips patients of a dignified death and means healthier people have their surgery delayed.

In two major studies doctors are pleading for more people to sign advanced care directives that tell medicos not to revive them and not to provide care in certain circumstances.

A white paper on End of Life Care, the result of a collaboration of the Australian Centre for Health Research, Monash and Melbourne Universities, says junior doctors are often left in charge of end-of-life care.

The paper, to be released on November 21, said they don’t have the authority or confidence to make the tough decisions and instead very frail and elderly people are subjected to “conveyor belt” emergency care that “is reactive, unwanted and unnecessary”.

And a Medical Journal of Australia paper released today says Australians with advanced disease will average eight hospital admissions in their last year of life – and face a 60-70 per cent chance of dying in a ward.

This is even though 90 per cent say they would like to die at home.

Allison Sheather, 48, is dying of breast cancer and wants to spend as much time as possible at home with her two children as she nears the end of her battle.

With the help of her doctor Professor Richard Chye and nurses from the Sacred Heart palliative care service she is able to remain at home with her children, with brief visits to the hospital as her health deteriorates.

‘For me personally there is no going back,” she says.

“I’m only 48 and it’s a big decision. I’ve spoken to my doctors and my family and that’s how it’s come about listening to them. It’s hard as you can imagine,” she says.

“I think it is worth being able to make these choices,” she says.

“I want my family around me and today I’ve been out doing the groceries,” she says.

Allison says it is vital more people in her situation get the chance to consider their options and make choices about their care.

Melbourne anaesthetist Professor Paul Myles gave the example of a man in his 70s who was rushed to hospital for open heart surgery, even though his kidneys had stopped working, was in respiratory distress, had poor mobility and memory and required full time care.

The surgery took nine hours, 20 units of blood and caused three other heart surgeries to be cancelled.

“I could not see how he would ever have an acceptable quality of life,” Professor Myles said.

Brisbane’s Princess Alexandra Hospital Professor Ian Scott wrote in the Medical Journal of Australia that 50 per cent of all deaths in Australia are clinically expected because of advanced disease.

“Regrettably considerable suffering as well as dissatisfaction with and overuse of health care result,” he says.

The report blames a medical culture that sees stopping treatment as a “failure” for the problem.

And it says too often even when patients have signed and advanced care directive refusing care it is ignored or not made available to hospital staff.

Doctors, nurses, specialists and other health system workers should offer all patients, not just those with a chronic illness patients, the chance to sign advanced care directives while they are healthy, the report says.

And it says there needs to be a better system for storing these living wills.

As the population ages more than 250,000 patients a year are expected to die from chronic disease in 2036.