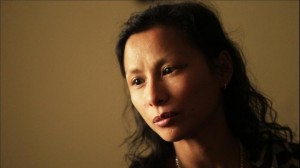 A WOMAN fighting to have her dead husband’s baby has launched a new court battle to take his frozen sperm outside NSW for use in IVF treatment.

A Supreme Court judge will decide soon whether to grant Jocelyn Edwards possession of her husband Mark’s semen, which is held by IVF Australia.

Mrs Edwards, 40, wants to travel interstate to have treatment because NSW law prevents her having an IVF baby without written consent from the donor.

Mrs Edwards convinced Royal North Shore Hospital doctors, Westmead Fertility Centre, IVF Australia and a Supreme Court judge to take sperm from his body after his death on August 5 last year. But she has since had to apply to the Supreme Court to use the sperm in IVF treatment.

Her lawyers dropped attempts to have a court rule she can use the sperm in NSW because NSW law expressly bans such a practice without the donor’s written consent. 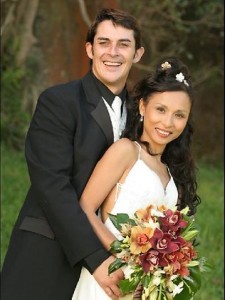 Instead a Supreme Court this week heard an application from Ms Edwards’ legal team to make her husband’s sperm her property.

The court heard the NSW Assisted Reproductive Technology Act bans a reproductive technology provider from exporting sperm outside the state.

But it does not ban individuals from transferring sperm, the court heard.

It is understood Mrs Edwards, from Lane Cove, might attempt to take the sperm to the ACT or overseas.

“It’s a matter of the court’s discretion,” Mr Freedman said.

There are previous cases in which, in other states, sperm had been exported.

The Attorney-General’s Department is not opposing or supporting Mrs Edwards’s bid.

Justice Robert Allan Hulme reserved his decision but noted: “I appreciate Ms Edwards is undoubtedly keen to see a resolution and I will certainly bear that in mind.”