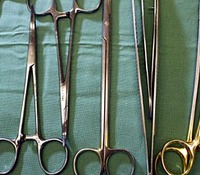 PARENTS of women with intellectual disabilities are going straight for sterilisation procedures rather than ”existing and viable options” to help control menstruation and contraception, a national Senate inquiry has heard.

Associate Professor Sonia Grover, a gynaecologist at the Royal Children’s Hospital, told the hearing she was horrified when she received ”straight-out” requests for hysterectomies. She said increasing access to respite care, helping women manage their periods, and ensuring contraception is in place are options ”so these young women, if they are able, can enjoy a close sexual relationship without risks of pregnancy if they are not able to have a pregnancy and care for a child”.

Under Australian law, parents wishing to sterilise a child or adult children who cannot give consent for non-therapeutic reasons must apply to the Family Court or, in some states, a guardianship board.

However, Dr Grover expressed frustration with the therapeutic test. ”The question really is: Is this a procedure you would do on a non-disabled person?” she said. ”We should not be doing a sterilising procedure if we would not be doing it in somebody who did not have a disability.”

The inquiry into the involuntary or coerced sterilisation of people with disabilities in Australia began in September as part of the government’s response to a series of calls from the United Nations for an end to non-therapeutic sterilisation without consent, regardless of disability.

The executive director of Women with Disabilities Australia, Carolyn Frohmader, said options such as family planning and menstrual management were not being explored because the sexuality of young women with disabilities was not widely accepted.

”Parents and other care-givers are not made aware of these or are discouraged from understanding their effectiveness,” Ms Frohmader told a recent hearing in Melbourne.

In one case from Queensland in 2010, an 11-year-old intellectually disabled girl (”Angela”) was sterilised after she began getting her period, which was heavy and irregular, at age nine. Contraceptive pills were ineffective, two gynaecologists reported she would benefit from the removal of her uterus, and a Family Court judge was satisfied less-invasive treatments had been exhausted.

”I am not a doctor but I am the mother of a nine-year-old child and I found that case very problematic for a whole range of reasons,” Ms Frohmader said.

The inquiry has so far received just five submissions, including one from a parent explaining her wish to have her 27-year-old intellectually disabled daughter sterilised.

”Her own life is not stable enough to support another life,” the parent wrote. ”Advocates who say she has the ‘right’ to have a child need to factor in her ability to be responsible for that child.”

The author said they had already raised three children, but at 54 did not want to raise their grandchild. ”Sterilisation of my daughter is one thing that I can ensure for her before I die, otherwise who will?”

The inquiry is receiving submissions until February 22 and is due to report on April 24.