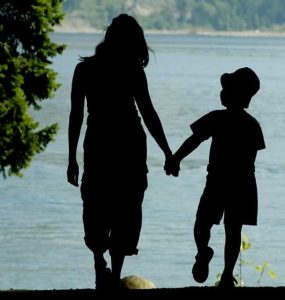 THE Family Court has given a Queensland couple permission to have a hysterectomy performed on their profoundly disabled 11-year-old daughter.

The decision prompted an immediate reaction from disability organisations, who describe forced sterilisation of any girl as an abuse of human rights.

“It is only ever the disabled girls,” said Carolyn Frohmader, chief executive of Women with a Disability Australia, which has agitated for years for a law that would ban the sterilisation of disabled children.

“When you go through the cases, there is never a boy, no matter how intellectually disabled, who has to be sterilised.”

The executive director of People with Disabilities Australia, Therese Sands, said she was “alarmed to hear that children are still being sterilised”.

“It is our view that nobody has the right to sterilise a child, not a judge, not a parent, not unless it’s a matter of life or death.”

But National Council on Intellectual Disability executive director Mark Patterson said the issue “is a very difficult one”.

“We take the pragmatic approach. It doesn’t help families in their day-to-day lives if we say we are not going to allow sterilisation,” he said.

The child in question, Angela, has Retts syndrome. She is profoundly disabled, and unable to communicate.

She began menstruating at age nine, and her parents believe that her periods trigger epileptic fits.

They wanted Angela to have a hysterectomy — the removal of her womb — to stop the periods and lessen her distress. Other treatments had failed.

Parents are ordinarily able to make decisions about medical treatment for their children, but in 1992 the High Court, in a case involving the sterilisation of a teenage girl known as Marion, found that serious, invasive, irreversible medical procedures require the permission not of parents but of the courts. In the matter of Angela, judge Paul Cronin said he made the order to improve Angela’s quality of life.

Retts syndrome is a progressive neurological disorder. Angela cannot talk and does not have the co-ordination to use sign language. She “acts as a three-month-old baby would”. She has a special walking frame into which she has to be strapped because she cannot stand supported alone.

Angela’s mother told the court that epileptic seizures appeared to be triggered by Angela’s menstrual periods, which also caused her pain and fatigue.

Three of Queensland’s leading gynaecologists agreed a hysterectomy was the best treatment.