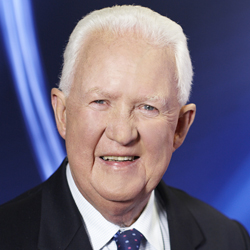 Currently, the Family Court or a state guardianship tribunal needs to sanction sterilisation of a disabled woman – although reports suggest many go unapproved.

The former Chief Justice of the Family Court, Alistair Nicholson presided over many applications.

Alistair Nicholson has told The World Today radio program that sterilisation should not be outlawed – but there should be criminal penalties for those who perform the practice without legal permission. Below is the transcription of his comments.

ELEANOR HALL: Yesterday we reported on moves to end the coerced sterilisation of some women with disabilities. At the moment, the Family Court or a state guardianship tribunal needs to sanction any individual’s sterilisation.

A former Chief Justice of the Family Court, Alistair Nicholson has presided over such applications and he told our reporter, Tom Nightingale, that sterilisation should not be outlawed:

ALISTAIR NICHOLSON: There’s certainly been a problem over the years as I understand it of these operations being performed without court approval by doctors who either don’t know or ignore the requirements of the law and I don’t think that’s satisfactory in any way.

TOM NIGHTINGALE: What’s your sense of why it isn’t a crime at the moment?

ALISTAIR NICHOLSON: I think there is always a degree of inertia and I think sometimes these difficult areas tend to be avoided by politicians until they really have to do something about it.

TOM NIGHTINGALE: Wouldn’t criminalising sterilisations and making it a criminal offence risk driving it further underground but not stopping it though?

ALISTAIR NICHOLSON: Well, I doubt that. I mean this sort of operation is normally performed by a doctor and there is not many doctors who’ll run the risk of being prosecuted and possibly imprisoned for undergoing or undertaking a procedure that is not permitted by law.

So I think it would largely solve the problem. I mean you might find an odd unscrupulous medical practitioner who breached the law but I think it is very unlikely.

TOM NIGHTINGALE: There might be some parents who listen to that and there might be parents directly involved in an issue like this and who might think that is excessively intrusive on their lives and that they deserve the rights to make the decisions for this daughter with a disability who can’t.

You know, they might be protecting an unborn child. What do you say to that point of view?

ALISTAIR NICHOLSON: Look, I have the greatest sympathy for parents in this position and I know that there are a lot of parents who are very responsible and take these decisions very carefully and in fact the courts have always taken the parents’ views very much into account in making the decisions themselves but I think also the children do need protection.

TOM NIGHTINGALE: Just why do you think it is so important that there is an independent step involved in this?

ALISTAIR NICHOLSON: I think because, because of the emotional issues concerned and because parents, it is such an emotional issue that it is very hard for them to be objective anyway but should it be just a decision between the parents and the doctor?

Doctors come in all forms again, some, most are extremely responsible but others perhaps aren’t and perhaps they may be driven by personal views, religious views and the like.

So I think an independent assessment with the child’s interests as the primary object is essential to protect the child.

TOM NIGHTINGALE: Would it be a crime on behalf of the doctor and/or the parents? What exactly would be the nature of what you’re proposing?