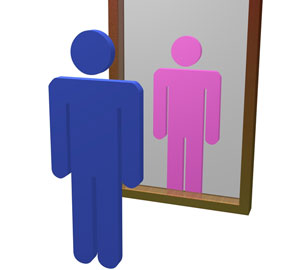 A 13-YEAR-OLD orphaned girl has been authorised to start hormone treatment to become a boy, despite having “no parents” to consent to the decision in a landmark legal case.

The orphaned NSW girl, known as “Lucy”, will start treatment after a Family Court judge found her guardian didn’t need the court’s permission for the procedure to be authorised.

Justice Peter Murphy made the decision after finding the process would ease the mental trauma Lucy would experience from gender dysphoria – a medical condition where she was born a female but identifies and behaves as a male.

The judge concluded the procedure, known as “stage 1” treatment, didn’t need the court’s approval because it was a therapeutic treatment for Lucy’s medical condition which would prevent her from developing a “psychiatric disorder”.

Lucy has identified as a boy since age four and will now receive injections of an oestrogen restricting substance known as Lucrin to put the puberty process “on hiatus”.

Experts said the case sets a precedent where families will no longer have to front the Family Court to get permission to undergo “stage 1” treatment – the first step of the transformation process.

Lucy’s birth mother “died many years ago” and her father “is unknown”, the court heard.

The matter was also torn on whether the “chief executive” of a government department, which can’t legally be identified, could make the application for Lucy as her guardian, the court heard.

The judge found the government representative had been granted “guardianship rights” over Lucy and the way the legislation was written meant they had legal standing to make the application.

Justice Murphy found that forcing Lucy to remain a female could lead to depression or even suicide. He told the court the effects of the treatment were “not invasive” or “irreversible” and that Lucy could revert to being a female if she wanted to. If Lucy began the treatment plan now it would reduce the severity of any “invasive surgery” needed later in life to become a man, the court heard. Accredited family law specialist Rachael Wallbank said the case reclassified the stage 1 process as a “therapeutic” treatment that parents can approve rather than a “special medical” procedure which only a court can authorise. Ms Wallbank said families wouldn’t need to get court permission to start the process and could access it with approval from a combination of medical experts.

“It means parents no longer have to go to court to get the treatment,” she said.

“Without the treatment young people can suffer irreversible unwanted physical changes … which can result in self-harm or even suicide. That parents haven’t been able to have their children receive this crucial medical treatment without court authorisation is a human rights disgrace.”

“Phase 2” treatment, which begins around age 16, still requires court approval, Ms Wallbank said. Lucy was born in 2000 and put into foster care in 2006. Although not old enough to legally make her own decisions, Justice Murphy told the court Lucy had “insight with respect to gender … far advanced for his age”.