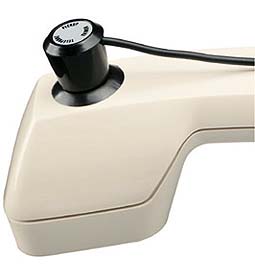 In admitting any evidence in Court parties must remain mindful that through doing so they are seeking to persuade the Court of a particular fact. More specifically, there are three key issues that parties should consider before producing evidence.

The letter of the law: RE audio recordings

Whilst exceptions exist in both State and Federal legislation, the principal rule is that a party must consent to being recorded by a listening or surveillance device. Without such consent, audio recordings are considered to be prima facie illegal, thus rendering the publishing of those recordings illegal, as seen in the recent Family Court case of Huffman v Gorman 2

Such legislation purposed towards the protection of privacy and the facilitation of a cohesive scheme for controlling privacy infringements, prohibits the installation, use and maintenance of listening devices to record private conversations, both to which the person is and is not a party4

Exclusionary Provisions: Exceptions to the prohibition of unauthorised recording of private dealings

The above however, is not to say that audio recordings are always illegal and thus completely inadmissible as evidence in Family Court proceedings. Exceptions to the prohibition on recording, communicating and publishing private conversations do exist, but such exceptions, importantly, are limited. The Commonwealth Surveillance Devices Act 2004 and its corresponding State and Territory statutes permit the recording, communication and publication of private conversations in circumstances where all principle parties consent to such, either expressly or impliedly7.

In a situation where only one principal party consents to recording it must be shown that doing so was reasonably necessary for the protection of their lawful interests8. The then communication of such recordings is only acceptable when a party is rationally required to do so to prevent or reduce an imminent risk of serious violence towards a person or threat of substantial damage to property9.

The Commonwealth Evidence Act 1995 builds on this, allowing illegally or improperly audio recordings to be admitted as evidence only when the desirability of its admission outweighs the undesirability of how it was obtained10

Such an issue was raised in the case ofLatham v Latham11, where the benefits of recordings framing the mother as a serious child abuser were seen to outweigh the way they were obtained. A similar position was taken in Tripp v Tripp in which the value of an improperly obtained recording of an interview with a single expert witness prevailed over the circumstance of its recording 12

On the contrary however, there have been a number of recent cases where parties, believing that the benefit of information in audio recordings outweighs their illegitimate obtainment, have presented audio recordings which have been dismissed or have worked against them. In the 2011 case of Hazan v Elias13 a fathers recording of his conversation with a family consultant was held to be inadmissible under the Evidence Act 1995.

Furthermore, the 2012 case Farrelly v Kaling14, whilst circumstances were more severe in that some of the recordings presented were believed to be falsified, the recordings were held to reflect extremely poorly on the respondent father who presented them. It was held that the fathers’ recordings could not be relied upon15, and further, that such recordings raised a number of concerns and questions regarding the fathers’ character.

Whilst it is clear that exceptions to the prohibition of recording, communicating or publishing private and protected conversations exists,  R v Lee16 reminds us that first and foremost, the circumstances in which the initial recording took place will always be relevant to the determination of whether or not there was a reasonable necessity for doing so.

What will the Family Court consider when deciding the admissibility of audio recordings?

In addition to the aforementioned exceptions and considerations, the Evidence Act 1995 outlines the matters that a court may take into account in determining the admissibility of evidence. Among those relevant to family law proceedings, the Family Court may consider the probative value of the evidence17, that is, to what the effect of the evidence in proving a said fact.

The Family Court may also consider the importance of the evidence in relation to the proceeding18, the nature of the subject matter of the proceeding19, and the gravity of the impropriety20 in making the recording.

Despite such support, the use of audio recordings, to Magistrate Croker, arises too frequently and raises serious questions about the behaviour and character of the party who records and presents such evidence25

Other practitioners, rather than expressing strong support or opposition to the use of audio recordings advise that they be approached with caution and that anyone contemplating their use strongly consider the relevant law and its implications27

It should be stressed that these laws are not static and changes are always a possibility.

The South Australian Attorney General has stated that the changes to the laws were meant to “stop ordinary citizens bugging” each other and would not apply to recordings of public forums such as speeches, council meetings or Parliament. But, they would apply to private discussions where someone was recorded without consent. 28

This highlights the importance for any parties contemplating the use of audio recordings in Family Court proceedings, to ensure they consult their legal practitioner or a relevant legal body first.