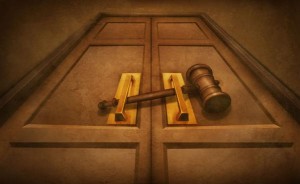 THE federal government is about to face moves in the Senate for an inquiry into whether its fee increases for the federal courts will reduce access to justice.

The push for an inquiry will be made next week by Greens legal affairs spokeswoman Penny Wright, who hopes to win the backing of the Coalition.

“Half of all adult Australians will face a legal issue this year so it is crucial people can have access to our legal system based on the merit of their claim and not the size of their wallet,” Senator Wright said.

If the Coalition supports the move for an inquiry, Senator Wright hopes to focus it on whether the fee increases have created a barrier to justice for ordinary people.

She also wants to examine why “only one-third of the increased revenue will actually go to funding the courts, with the rest going into consolidated revenue — at a time of increasing pressure on the courts and legal assistance services”, she said.

The Coalition already has described the fee increases as a disguised tax that will hit court users hard.

Last week’s Senate estimates hearing was told the fee increases would bring in an additional $76.9 million across four years.

The move for an inquiry into court fees is the latest evidence of growing concern about access to justice.

The Coalition and the Greens used their numbers in the Senate last week to back a resolution calling on the government to acknowledge there was a crisis in access to legal services.

Cuts to legal aid in Victoria also have led to an extraordinary breach between the Supreme Court and Victorian Legal Aid.

Two criminal trials have been adjourned — one last week and one this week — because the Supreme Court believes the accused would not receive a fair trial following VLA’s decision to restrict funding for legal representation.

“We are now seeing the direct evidence of cuts to legal aid funding — delayed trials and a judicial process held to ransom by inadequate funding,” Mr Catanzariti wrote in the Law Council newsletter, Precis.

He warned that more cases nationwide were at risk of delay and complication if federal and state governments did not commit to increasing funding for legal aid immediately.

“In 1996 the commonwealth government’s share of legal aid commission funding was 55 per cent, today it sits at 35 per cent,” Mr Catanzariti said.

The issue at the heart of the adjourned criminal trials is VLA’s guidelines that restrict funding for instructing solicitors to two half days. Those guidelines came into force on January 7 and, according to VLA, they recognise that some trials need more funding than others, “with legal teams able to apply for funding for a second barrister if necessary”.

Last week, Supreme Court judge Lex Lasry adjourned an attempted murder trial and ordered that it should not begin “until counsel for the accused has the assistance of his instructing solicitor on a day-to-day basis for the duration of the trial”.

Justice Lasry noted that the prosecution had access to an instructing solicitor as well as the assistance of the police officer dealing with the matter.

He understood VLA’s guidelines had arisen “because of funding issues and the reduction of availability of solicitors is a money-saving measure”.

But on the day of the judgment, VLA issued a statement saying Justice Lasry had adjourned the trial “because he believes the Victorian taxpayer should have to pay for not only a solicitor to prepare the case for trial and a barrister to represent the accused during the trial but also for the instructing solicitor to sit through the trial”.

“In other Australian states, including South Australia, Western Australia, Tasmania and the Northern Territory, this trial would currently be going ahead.

“We are concerned that Justice Lasry’s decision will delay this matter, when it is ready to proceed because the accused has legal representation,” VLA’s statement said.

This week another Supreme Court judge, Terry Forrest, adjourned a complex murder trial in which the same guidelines meant VLA would pay for a barrister throughout the trial but would provide funding for a solicitor for only two half days.

Justice Forrest, in a judgment known as MK v Victorian Legal Aid, referred with approval to Justice Lasry’s ruling and said VLA’s decision restricting funding meant there would be “an inequality of arms” in the trial.

Like Justice Lasry, Justice Forrest noted the depth of resources available to the prosecution. The case against MK would be conducted by a barrister with an instructing solicitor, assisted by the resources of the Office of Public Prosecutions.

The trial would involve calling between 40 and 78 prosecution witnesses and would last an estimated eight to 10 weeks.

“I regard the proposal that the applicant be represented by a one-person legal team throughout this trial as constituting a significant disadvantage,” Justice Forrest said.

He said much of his ruling was confined to the precise circumstances of the case.

He accepted there would be some criminal trials that could be handled by a barrister alone after jury selection.

“There will be other criminal trials where no amount of case management strategies (from the bench) can ensure that the applicant will receive a fair trial in the absence of an instructing solicitor,” he said.

“These trials should not be commenced until the unfairness is cured.

“If I am correct, the unfortunate effect of the VLA’s cost constraints is that many criminal trials will be postponed for as long as the cost-cutting protocol survives. This is incompatible with the proper, timely and just administration of criminal trials.”

Soon after that ruling was delivered, VLA issued another statement, this time criticising MK’s legal team, naming Justice Forrest and asserting that it was not in the interests of those facing serious criminal charges for trials to be stayed indefinitely.

The statement said MK’s lawyers could have applied for a second barrister but instead insisted that an instructing solicitor be funded for the duration of the trial.

Nicole Rich, VLA’s director of research and communications, said Justice Forrest had stayed the trial “even though the accused has received legal aid funding for a solicitor to prepare the matter for trial and for a barrister to represent the accused during the trial, because he considered it was a complex trial which needed a two person legal team”.

VLA did not believe taxpayers should “automatically pay for not one but two lawyers for every day of every trial”.

“Legal aid should not be — and has never been — a blank cheque whereby every single case is funded in the same way.

“We need to make thoughtful decisions about how limited taxpayer-funded legal aid funds are spent and this means setting priorities not only for which cases to fund but also how much is appropriate to spend on each case,” Ms Rich said.