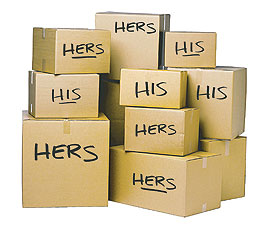 Hundreds of separated WA couples have to live together because Perth’s high rents mean neither can afford to move out.

Data released to The West Australian show about 280 couples classified as “separated but living under the same roof” sought Citizens Advice Bureau WA mediation in 2013-14.

CABWA chief executive Kathryn Lawrence said the phenomenon, often with higher levels of conflict and stress for children, was identified as a concerning trend in 2012-13 and continued to grow last year.

It now made up about 25 per cent of the not-for-profit group’s 1121 family law mediation cases.

In particular, parents had trouble proving their separation to courts and Centrelink. A couple must show they were separated for a year before they can divorce.

And when living in the same home, conditions included not cooking together, doing the other’s washing or having family outings. Finances must be separate and family and friends must regard them as separated.

“You can imagine how stressful that is on the children,” Ms Lawrence said. “We have had situations where, when it is dad’s turn to have the kids, mum locks herself in her bedroom.”

Ms Lawrence said about half of the families who contacted it were of fly-in, fly-out workers, some unable to afford a second household. She said issues facing FIFO families had existed for years but were only now gaining attention, especially the need for early intervention while the family was intact.

Despite big incomes, they often had big debts and then faced child support and a mortgage on a home where no one lived three weeks at a time.

The person who stayed at home often could not work because of the FIFO worker’s shifts and had no income when the relationship broke down.

Kylie Dunjey, of Relationships Australia, said the number of separated couples under the same roof spiked during the global financial crisis and had not abated, particularly as jobs and wages in WA’s mining sector declined.

Though separation sometimes eased tensions, more commonly one partner was “reeling with grief”. Ms Dunjey said the way a couple navigated such difficult circumstances was important.