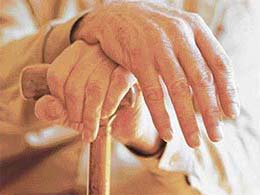 REDLAND City business and welfare groups said Treasurer Wayne Swan’s sixth budget failed the needy and those whose only income was a pension.

The budget included a $300 million package for those on Newstart, Parenting Payment, Widow, Sickness or Partner Allowance, which will come into effect in March.

The federal government was under pressure to increase the Newstart allowance base rate by $50.

Instead, the budget allowed dole recipients to work more hours and earn an extra $100 a fortnight before benefits are affected.

Single mothers will get an additional payment if they take up study and the education supplement will be extended to all single parents on Newstart.

Access to the pensioner concession card will also be increased.

“Pensioners don’t directly benefit from the budget’s big ticket items of the National Disability Insurance scheme, the National Broadband Network or the Gonski funding,” he said.

“Encouraging single parents to undertake more work is a catch 22 as they can’t afford to pay someone to mind their children while they work.

“No increases to the pension will leave some in the Redlands in a desperate situation even though inflation is fairly low.”

Star Transport operations manager Peter Mann said he did not believe any of the measures announced in Tuesday’s budget would affect the provision of his Redland-based service.

However, he said he would have liked more information about ongoing funding.

“We have too much demand for our service and have been told that there is no additional federal or state funding,” Mr Mann said.”Our typical client is a pensioner who rents and not increasing the pension will affect them but not our fares.”

Australian Council of Social Services CEO Cassandra Goldie said the changes were modest and people struggling to get a job would be disappointed.

Ms Goldie said previous budgets saved $700million shifting about 70,000 single parents whose youngest child had turned eight off Parenting Payments and on to the Newstart Allowance.

National Council of Single Mothers and their Children’s Therese Edwards said the budget “was only undoing some of the harm introduced on January 1” this year.

She said before the budget, sole parents could earn $31 a week before their payments were affected but in the previous 2011-2012 financial year they could earn at least $87 a week.

The Opposition backed the moves but called for more details.

The budget also slashed the public service, announcing $580 million from the sector but not disclosing the exact number of positions to go.