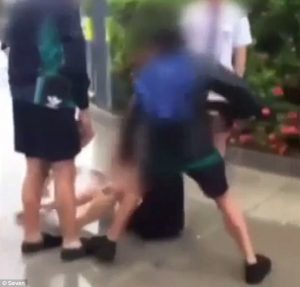 THE parents of a boy who was allegedly bashed and sexually abused at school by an older girl are suing South Australian education authorities for failing to provide counselling.

The Advertiser has learnt the parents allege their five-year-old was sexually assaulted at an eastern suburbs school by a girl, 7, in April 2011.

The parents further claim the girl’s younger brother, a four-year-old visiting the school, bashed their son.

Although the incident was reported to Families SA, the  Education Department allegedly told the boy’s parents it would not provide assistance unless they launched private legal proceedings.

The parents say they now want compensation for their son’s future psychological and paediatric expenses.

They also want the department to reimburse the cost of  new uniforms and school fees, as they have moved their son and his siblings into the private education system to ensure their safety.

In legal papers, the parents allege the incident occurred at the end of a Term 1 school day when their son went to collect his drink bottle.

They say he “disappeared” for 45 minutes and was later found standing with the older girl and her brother. The parents claim that, on the way home, the son said the girl had forced him into the toilets and demanded that he pull down his pants.

“They took me into the girls’ toilets and wouldn’t let me out,” the son says in the papers. “She shut me in and stood in the door so I couldn’t get out.”

He said that, when he refused to expose himself, the younger boy had punched him in the stomach. The girl then allegedly exposed herself and sexually assaulted him.

The parents have written to the Education Department, warning that they will file District Court action if settlement cannot be reached.

In the letter, they say they told their son’s teacher, who reported it to Families SA.

They assert their son required medical treatment for urinary problems as well as psychological consultations.

They assert that department officials declined to assist with counselling, telling them to “speak to the legal department”.

Yesterday, an Education Department spokeswoman told The Advertiser the parents’ letter had been received and the department was seeking advice.