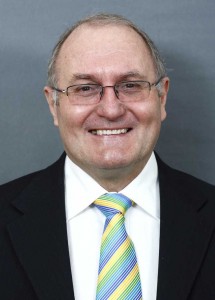 1. Most judges tend to couple the word self-represented litigant (SRL) with an
expletive. It is customary to regard them as difficult, time-consuming, unreasonable, and ignorant of processes of the law.*

2. Some twelve years ago I wrote a paper in which I proposed that courts should
regard self-representation by litigants as a challenge rather than as a problem. In
revisiting the subject over a decade later, I find that my views about the matter
have not changed substantially. There have been some developments in all
courts in relation to SRLs but the challenge remains.

3. It has been said there are three things that can be done in relation to self-representation by litigants: one is to get them lawyers, the second is to make
them lawyers and the third is to change the system.

Self-representation has reached a level in many courts where it is common for at least one of the parties to be unrepresented for one half of the time. This means that courts are no longer dealing with a minority aberration but are being obliged to contend with change which may require altering the way in which courts operate.

If it becomes the norm for many litigants to be self-represented, the justification for retaining existing court procedures based on parties’ being legally represented may no longer be valid.

4. This paper explores how each of the three suggestions could assist SRLs’ interaction with the court system and improve the conduct of litigation where an SRL is involved. This paper does not purport to provide the answers. It is acknowledged that the challenges presented by SRLs have existed for some time and solutions have been difficult to find. His Honour, Justice Geoffrey Davies (as he then was) said:

I believe that the question of how to cope with [the plight of the unrepresented litigant] is the greatest single challenge for the civil justice system at the present time.

… Cases in which one or more of the litigants is self-represented generally take much longer both in preparation and court time and require considerable patience and interpersonal skills from registry staff and judges.

5. What this paper aims to do is generate ideas and discussion about possible ways to improve the situation.