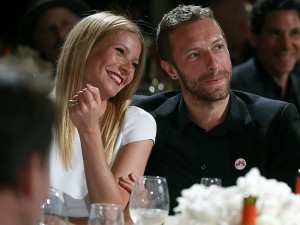 Hollywood actor Gwyneth Paltrow and her rock star husband Chris Martin made the phrase famous when they announced their separation by saying they were going to consciously uncouple.

Psychological therapist and counsellor Annie Gurton said many people mocked them after the announcement, but divorce or separation was a painful process and by achieving the split amicably it could help save a lot of heartache, especially if there were children involved.

She already has four couples undergoing the therapy and believes she is the first to offer this service in Australia.

“During separation and divorce even the most reasonable people can behave badly,” said Ms Gurton, 65, who teaches couples to talk and listen to each other.

“Conscious uncoupling offers the chance to air grievances, to be heard and to respect the love that brought the couple together in the first place. It is a powerful process that avoids hurt and helps healing.”

Ms Gurton, who has therapy rooms in Manly, Freshwater and Brookvale, said that couples needed an initial four to six sessions with top-up sessions when necessary.

She said while she also offered counselling to couples who wanted to remain together, her conscious uncoupling therapy was not in any way about trying to keep the couple together.

She added that by keeping the separation friendly they could save the children involved from needing therapy in the future.

“I see many adults in my therapy room who are the casualties of their parents’ acrimonious, hostile divorce, often many years previously. It can be so damaging and cause all kinds of deep problems down the line.”

The twice-married Ms Gurton, who now lives in a multigenerational house with her son, daughter-in-law and grandchild, said she wished she had known about conscious uncoupling when she separated from her former partners.

“It would have saved us all so much pain,” she said.