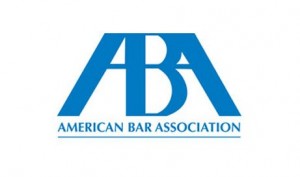 THE SEVEN ESSENTIALS OF A VALID WILL

To be valid, your will doesn’t have to conform to a specific formula. For example, in states
that recognize handwritten wills, some wills scrawled on the back of an envelope have stood up in court.

However, there are certain elements that usually must be present.

1. You must be of legal age to make a will. This is 18 in most states, but may be several years older or younger in some places–check with a lawyer if you need to know.

2. You must be of sound mind, which means that you should know you’re executing a will, know the general nature and extent of your property, and know the objects of your bounty, i.e. your spouse, descendants and other relatives that would ordinarily be expected to share in your estate. Although you do not have to be found mentally incompetent by a court for your will to be challenged on the grounds of incompetence, the law presumes that a testator was of sound mind, and the standard for proving otherwise is very high–much more than mere absent-mindedness or forgetfulness.

Because disgruntled relatives who want to challenge a will occasionally use this sound-mind requirement to attack the testator’s mental capacity, in special cases the execution of a will is sometimes videotaped and kept on file, so if someone raises a question after the testator dies, the videotape can be good evidence of testamentary capacity.

3. The will must have a substantive provision that disposes of property, and it must indicate your intent to make the document your final word on what happens to your property–that is, that you really intended it to be a will.

4. The will must be voluntarily signed by the testator, unless illness or accident or illiteracy prevents it, in which case you can direct that your lawyer or one of the witnesses sign for you. This requires a lawyer’s guidance, or at least knowledge of your state’s law, since an invalid signature could void a will.

5. Although oral wills are permitted in limited circumstances in some states, wills must usually be written and witnessed. The will scrawled on an envelope won’t work in these states. To be safe, don’t handwrite a will if you can avoid it.

6. Though some states do allow informal oral and written wills in certain circumstances, all states have standards for formal wills. Writing a formal will and following these standards helps assure that your wishes will be followed after your death. In almost all states, the signing of a formal will must be witnessed by at least two adults who understand what they are witnessing and are competent to testify in court. There have to be three in Vermont and New Hampshire, three plus a notary in Puerto Rico. In most states the witnesses have to be disinterested (i.e., not getting anything in your will). If they aren’t, you run the risk of voiding certain provisions in the will, opening it to challenge, or invalidating the entire
will.

7. A formal will must be properly executed, which means that it contains a statement at the end attesting that it is your will, the date and place of signing, and the fact that you signed it before witnesses, who then also signed it in your presence–and watched each other signing it. Most states allow so-called self-proving affidavits, which eliminate the necessity of having the witnesses testify that they witnessed the signing; the affidavit is proof enough. In other states, if the witnesses are dead or unavailable, the court may have to get someone else to verify the legitimacy of their signatures. If your will doesn’t meet these conditions, it might be disallowed by a court, and your estate would then be distributed according to a previous will or under your state’s intestacy laws.