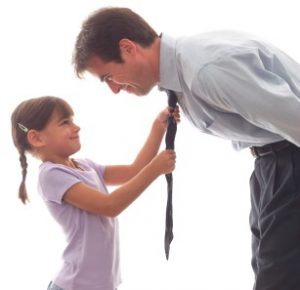 ONE of the fastest growing social groups in Australia is single parents. According to the 2011 census, there are more than 902,000 single parents with children under 15.

There are, of course, even more single parents when the definition is expanded to include at least one child over the age of 16, but this is not the focus of my inquiry.

I am interested in measuring young single parents with wholly dependent children.

This category of Australian families is up 10 per cent, or 79,000, over the 2006 census estimate. Traditional families with two parents, where all children are under 15, were up 7 per cent to 2.5 million across the same period.

By this measure, close to one-quarter of families with young children are now headed by a single parent.

And, of course, the overwhelming majority of single-parent young families are headed by women: 743,000 or 82 per cent of lone-parent families in 2011.

This compares with a 7 per cent growth rate for single families headed by women.

One the fastest growing social groups in Australia is single-parent families headed by a man, where the children are all under the age of 15.

This may reflect a shift in legal thinking about custody.

It may reflect generation X and generation Y men’s determination to remain connected to their children’s lives.

It may reflect the fact an increasing proportion of women may be the household breadwinner and continue that primary role after separation.

Whatever the reason, the fact male single parents are growing at twice the rate of female single parents suggests a powerful gender-based social shift is under way. The orthodoxy of the single mum is being challenged by the rise (from a low base) of the single dad. But where do these single dads live, and are local services as prevalent for their needs as they may be for single mums?

Across the nation, 18 per cent of lone-person young families are headed by men.

But in the Melbourne suburb of Montrose in the Dandenong Ranges, and in the Brisbane suburb of Banyo, north of Brisbane airport, this proportion reaches 26 per cent.

In other cities, the single-dad factor tops out at 25 per cent of single-parent families in Perth’s Lesmurdie and at 24 per cent in Sydney’s beachside suburb of Cronulla.

Single dads seem to prefer low-cost, edge-of-town locations where there is space for physical activity. Single mums, on the other hand, cluster in very different parts of the city.

At a national level, 82 per cent of single-parent young families are headed by women.

But in the Melbourne suburb of Mernda, and in the Adelaide suburb of Ferryden Park, this proportion reaches 92 per cent of single-parent families.

Indeed, it is not uncommon for about nine out of 10 single-parent families to be headed by a mum in places such as Miller in Sydney’s Liverpool, Reedy Creek on Queensland’s Gold Coast, Nedlands in Perth, Prospect Vale near Launceston and Palmerston on the edge of Darwin.

It is odd and perhaps more than a little unfortunate that the single-mum and single-dad hot spots are so removed from each other; surely there’s a social synergy to be had from getting these groups closer together.

I have Google-mapped the single-dad and single-mum hot spots in each capital city and have established that the intervening distances are prohibitive. For example, Sydney’s single mums in Miller are 40 minutes’ drive from single dads in Cronulla.

In Melbourne, single dads in Montrose are 55 minutes’ drive from single mums at Mernda.

The Nedlands to Lesmurdie trip across Perth can be done in a speedy 37 minutes, but the Banyo to Reedy Creek trip in Queensland takes at least 63 minutes. But by far the closest single-parent hot spots are to be found in Adelaide: the dads are in Grange; the mums are in Ferryden Park.

The travel time is 20 minutes; the midpoint is Woodville.

Clearly the Woodville pub on a Friday night is the place to be.

Bernard Salt is a KPMG partner and is an adjunct professor at Curtin University Business School.