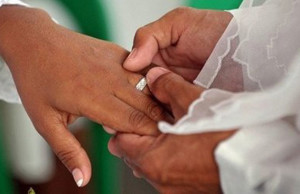 Non-genuine couples who have orchestrated “fake marriages” to gain Australian visas and then claim separate welfare cheques will be stripped of entitlements as part of a nationwide crackdown to be announced by the Federal Government today.

Thousands of people have potentially declared sponsorship of a partner for immigration purposes but are then claiming single welfare payments because they are not together.

The Daily Telegraph has learned taxpayers were milked $132.7 million last year in welfare payments that were fraudulent.

Immigration Minister Peter Dutton and Human Services Minister Marise Payne will today announce a new data matching system which will find couples who claim to be either married or in a de facto relationship but are providing separate departments with different information.

Legitimate couples, who are happily married, but claim to have split so they can earn more money from separate payments will also be targeted.

Australia’s welfare bill is expected to balloon by close to $40 billion over the forward estimates, from $150 billion to almost $190 billion.

Mr Dutton confirmed “contrived marriages” were on the rise.

“Last year, my department identified an increase in the number of allegations relating to the facilitating of contrived marriages,” he said.

“This data-matching program is part of a whole-of-government approach to fraud detection and prevention. People who deliberately take advantage of Australia’s welfare and migration system will be caught.’’

Those found to have defrauded the system face losing their visa, being forced to pay back the money and criminal charges.

Senator Payne said some legitimate couples had worked out they are financially better off to pretend they have split, yet remain a couple.

“People who receive a Centrelink payment and deliberately fail to declare their correct relationship status to the Department of Human Services are breaking the law,’’ she said.

“The Government is committed to protecting taxpayers’ money and the integrity of Australia’s social security system by ensuring people receive the right payment at the right time.’’

The announcement comes after the government yesterday confirmed yesterday a senior Australian Federal Police officer will be hired to head a crack welfare taskforce to identify fraud.

Last year the government cracked down on the $16 billion Disability Support Pension rort, ordering new applicants to see a Commonwealth appointed doctor to determine if they were eligible for the welfare.

Prime Minister Tony Abbott said the government was committed to cracking down on welfare cheats.

Eight out of 10 Australian taxpayers are needed just to cover the national welfare bill. The partner visa data-matching program will begin next month and initially run for a year.