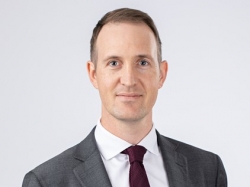 Partner at Anderson's Solicitors
Ryan is head of the family law department at Andersons Solicitors, and has worked in family law for over 14 years. He joined the firm in 2010 as a Senior Associate, and in 2012 he was promoted to Partner. 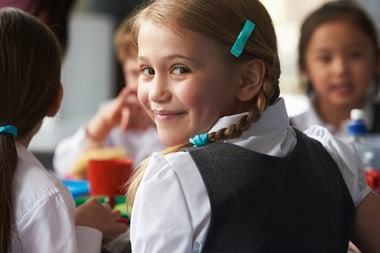 One major issue of contention that separated parents often face is payment of school fees, particularly when they are private school fees which as at 2017 in South Australia, could get as high as $25,000 per annum per child and up to $50,000 for boarding school.

When you look at putting 2 or 3 children through private schooling that adds up to a very significant amount of money.

How is child support assessed?

The assessment is for what are known as “periodic payments”; namely fortnightly payments of child support from the Payer to the Payee, who generally has the primary care of the children.

Things such as school fees and other extra-curricular activity costs are known as “non-periodic payments”. They are not covered by the child support formula.

Further, the Department of Human Services will not collect payments for school fees and other non-periodic payments.

Given the potential cost of items like private school fees, it is extremely important that an agreement is reached as to who will make payment for them, and that this is formerly documented.

You need to be careful about signing enrolment forms and payment arrangements with private schools as they can hold you to them and chase you for the school fees even if you have separately agreed with the other party that they would pay them. We have encountered clients who have been lumped with significant debts to private schools as a consequence of this.

What is a Child Support Agreement?

In situations as outlined above, it’s important that you consider entering into a Child Support Agreement to set out not only what the periodic payment of child support will be, but also in respect of the non-periodic payments such as private school fees.

These agreements can be tailored to your needs and your particular circumstances. The periodic payments can be left as per the administrative assessment made by the Department of Human Services, or can be set at a higher (or lower) rate if required. The agreement can specify exactly what proportion of the private school fees, other extra-curricular activities and also private health will be covered by each party.

What is a Limited Child Support Agreement?

As the names suggest, a limited Child Support Agreement is easier to get out of, for example (not an exhaustive list):

What is a Binding Child Support Agreement?

Such expert advice is particularly important as once a Binding Child Support Agreement is entered into. If it’s not drafted property, a party can end up being liable for large amounts of private child support fees that they weren’t expecting, even if their financial circumstances take a turn for the worse. 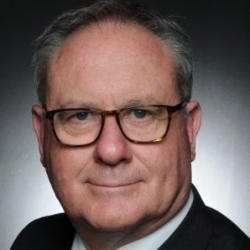 Consulting Principal at Keypoint Law
Rod has over 30 years’ experience in consumer and business law, and specialises in wealth protection, business succession and personal estate planning.He has been a director of numerous companies including Unconventional Conventions and NFPs, with clients also benefitting from Rod’s first hand commercial experience.Rod is author of the acclaimed text ‘Understanding Wills and Estate Planning” and, prior to joining Keypoint, was National Practice Group Leader of Slater & Gordon’s Wealth Protection and Estate Planning division. 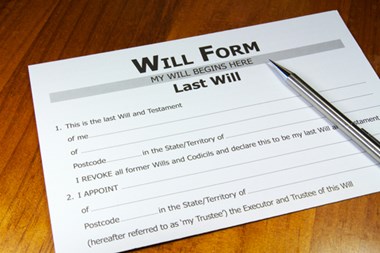 Don’t have a will? You’re not alone – nearly half of Australians don’t have a will, and even if they do, chances are it may not be up to date. If you’ve gotten married or divorced, had a baby or one of your beneficiaries has died, part or all of your will may no longer be valid.

It’s not the nicest thing to think about, but it’s good to be prepared. Going to a lawyer can be expensive, but not preparing for the worst may cause trouble for your family at an already emotional time.

So can a cheap DIY will kit do the job? We’ve put five will kits – priced from $4.50 to $30 – to the test and found huge differences between them. While some can help prepare a simple will, all of them have flaws.

Will kits can be an excellent research tool. Depending on your situation and skills, they can help you to write your will, but they can’t adequately handle complex situations such as blended families or self-managed super funds. So we recommend you get some expert advice as well. Making sure your loved ones are provided for is far too important to leave to chance, and the consequences could be disastrous if you get it wrong.

All will kits assume you read the material in full and have at least some understanding of the issues involved in writing a will.

Cost: $4.50
From: Bought at a NSW newsagent
Description: Will form with basic instructions

Most basic of the will kits reviewed. Instructions are poor, and the lack of explanatory notes and structure in the document means it’s not suitable for even a straightforward will as it’s very easy to make mistakes.

Cost: $29.99
From: statetrustees.com.au
Description: Will form and comprehensive guide

Well-structured, easy to follow will kit. Adequately deals with most issues with additional explanatory notes throughout the document. The clauses dealing with the distribution of the estate and the specific signing areas at the bottom of each page for the will maker and witnesses make it easy to use and it may do the job for a simple will.

Cost: $29.95
From: australianwillkits.com.au
Description: Will form and comprehensive guide

Will kit deals with most issues adequately. A relatively well informed user may be able to complete a simple will.

Cost: $24.95
From: legalwills.com.au
Description: Will form, template will and guide

No fundamental issues. A well-informed user may be able to successfully complete a simple will.

Cost: $29.95
From: Available at online bookstores
Description: Will form and short brochure

Somewhat misleading and raises concerns. Not recommended even for the well-informed user as their affairs may be more complicated than they think and there is no guidance in the kit about when to seek advice.

How we analyse the will kits

Each will kit was reviewed by two external legal experts along with CHOICE staff. We looked at the structure of the will kit and the guidance offered regarding children, the executor, superannuation and taxation. For each kit we also checked that a simple will could be completed by a well-informed user who has familiarised themselves with the topic, for example a married couple with or without dependent children.

What happens if you don’t have a will?

If you die without a will, your estate will be distributed to your family according to a standard formula, which differs state by state. For example, if you’re married or in a defacto relationship and have children from a previous relationship:

In many states your will is no longer valid if you marry or get divorced. If you’re separated but not divorced, your ex-partner can normally still inherit. So a standard formula may not cover your specific situation and wishes.

Checklist: How to draft your will

While the rules vary across the states, there are some common things to keep in mind:

Traps with drafting your own will

When do you need legal advice?

There are a lot of issues – most people wouldn’t realise you may need special attention to make sure your will is  valid and your wishes will be carried out. Rod Cunich says issues to consider may include the following:

Mother, son and lover – who benefits?

Dan is an only child. He had worked for 23 years in the family business in NSW. After the death of Dan’s father, the ownership of the business passed on to his mother Pat. Then, Pat found companionship with Frank, an old family friend. Frank moved in and they lived together as a couple.

Three years later, when Pat passed away without a will, NSW intestacy laws governed who benefited from her estate. As Pat’s de-facto, Frank inherited the first $350,000 of the estate, all of Pat’s personal effects and 50% of the balance of the estate. Dan got the other 50%, which wasn’t enough for Dan to guarantee the continued survival of the business. Dan now faces an uncertain future.