9. How do you think a Family Report is beneficial in assessing the best interest of a child? Should this process be changed? If so, how would you change such process? 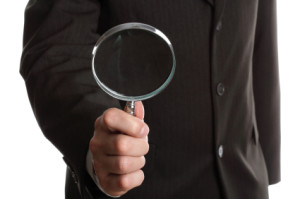 To quote a recent chapter in a large handbook of articles on evaluations, the best-interests principle is “An indeterminate standard incapable of being operationalized.” 1

A Family Report can only be beneficial if it has reliable information obtained at the right time, in a way such as to preclude extraneous factors such as Internet research on diagnoses from coming into play.

The way in which information is gleaned from children, especially, must account for the agendas that the litigants bring to the table, particularly alienation processes.

That is not to say that false allegations of alienation don’t occur, they clearly do 2 but rather that disentangling it is a matter in part of evidence that needs to be placed before the writer in reliable form, and in part the skill of the report writer in eliciting a clear picture of what is happening.

With that in mind, it is then possible to take into account other factors, eg., cultural beliefs about discipline, that can come into play, and the degree to which deviation from cultural norms may be present, and whether these fit with Australian law.

For example, the mother allegedly targeted by the ICL in the case mentioned above was effectively found “guilty” of “hot saucing,” which is the application of a drop of Tabasco sauce to the tongue of a child as a consequence for swearing.

Of middle-Eastern extraction, this was reportedly a norm in her culture, as it is in many others, she had done it, once, and admitted to this.

While Tabasco sauce creates temporary discomfort while not creating physical damage or leaving lasting marks, which seems to fit with definitions of permissible corporal punishment 3, much ado was made of it by the ICL and Child Safety, even though a previous Child Safety report had acknowledged this and ruled the children not in need of protection.

We may contrast this perhaps with actions in a recent decision of Margaret Clearly from the Family Court of Australia where:

“There is evidence of some  corporal punishment  by both parents, namely smacking and of shouting and swearing in front of the  children” and yet “I do not consider that the  children  have been subjected to physical or psychological harm from exposure to abuse, neglect or family violence.” 4

The ado that is made about such matters will vary according to the agenda of the person putting forward the argument. In this woman’s case, both her ex-partner and the ICL made a great deal of matters that Child Safety originally felt it was safe to disregard, while she maintained that it was an effective tool to correct behaviour, as would the parents in Green & Hann in regard to smacking.

It is the report writer’s task to look at the facts of the matter and provide perspective in how they are to be weighted, by factoring in the agendas of the litigating parties (including but not limited to the ICL).

This is not a simple task but requires a very open mind, and my point above about recording interviews as a matter of course seems a simple way of opening the mind to the complexities of family realities.

10. Do you think that the implementation of  your ideas would require a great deal of political support, and legislation?

Although I’m not  a lawyer,  so far as I can tell everything I’ve suggested is entirely within the purview of a judge to order as part of a proceeding.

None of these proposals should require legislative change either to order summary testing at the first mention, nor to delay finalization of a report until after evidence has been established as ‘reliable’ or otherwise.

Like I said, failure to raise mental health issues in the first instance is a red flag against later claims, and should expedite proper assessment that should inform later ‘clinical’ interviews.

Those conducting said interviews should be schooled in testing so that the results are correctly interpreted.

They should be schooled in a full range of research on relevant topics like domestic violence, rather than the limited and, shall we say, politically correct model that has held sway for too long.