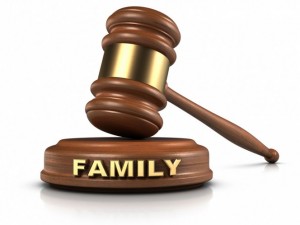 Different courts have the power to handle different subject matters. Whether your disputed matter can be heard by a particular Court depends on their jurisdiction. This article explains the various family law jurisdictions exercised by the Courts in Australia.

The High Court has federal jurisdiction. The judgements from the High Court are final and binding throughout Australia. It is the last avenue to appeal your matter 2However, before the High Court proceeds with hearing your appeal, special leave must be granted by the High Court. Special leave is not often granted and only granted for appeals on important matters of law to be decided on.

During 2012-2013, out of the 14 applications for special leave to appeal filed in the High Court from judgements of the Family Court, only one was allowed and heard, 7 were determined but not granted and the rest refused. 3

Under theMarriage Act 1961(Cth), the Family Court has jurisdiction regarding: 10

The appellate jurisdiction of the Family Court is exercised by a Full Court consisting of 3 or more Judges from the Appeals Division. 15 The Full Court of the Family Court can hear appeals from decisions from the Federal Circuit Court, Federal Court of Western Australia and Supreme Courts of a State or Territory exercising jurisdiction under the FLA. 16If this outcome is unsuccessful or undesirable, the next avenue is to appeal to the High Court (see above).

Generally the law of accrued jurisdiction allows a court to hear matters that are incidental to or arising from the main matter. So if general law matters arise from the family law matter brought to the Family Court, it would be convenient to resolve such issues than to have another proceedings 21 It can also provide a basis for orders against third parties, as long as they have an opportunity to be heard. 22

Why is Western Australia excluded in the Court’s Jurisdiction?

Western Australia is excluded because Western Australia was the only State that did not refer their State powers to make law regarding certain matters to children to the Commonwealth. 23Between 1986 and 1990, the States referred this State power to the Commonwealth because the Commonwealth’s constitutional powers to enact legislation only covered matters of marriage and divorce and matrimonial causes of divorce. Since then, the Family Court is now allowed to hear matters regarding ex-nuptial children which were not covered before as the parents were not married.

Where residents are from different states with respect to child maintenance, child bearing expenses or parental responsibility in relation to the children, section 69ZJ of Family Law Act 24 confers jurisdiction for the Family Court to hear such matters. This avoids problems that can potentially arise for residents of Western Australia, since Western Australia had not referred legislative powers in relation to children to the Commonwealth.

Since State legislative powers were not referred, Western Australia maintains a State Family Court with both federal and non-federal jurisdictions to only deal with matters brought within the State. 25 Western Australia was the only State to take the option in the Family Law Act to establish a federally funded State family court. 26 It was established by the Family Court Act 1997 (WA).

Section 36 of the Family Court Act (WA) 29 outlines its non-federal jurisdiction in relation to children. The Court can hear matters involving children in respect of parenting, welfare, appointment and removal of guardian and expenses, though subject to the Adoption Act 1994, 30

The Federal Circuit Court has federal jurisdiction to hear more simple family law matters arising under the Family Law Act (excluding WA). Formerly known as the Federal magistrates Court, it was established in 1999 as a lower level federal court to relieve some case load of the Family Court of Australia and to reduce economical and financial costs of family litigation.

From April 2013, the Federal Magistrates Court of Australia was renamed as the Federal Circuit Court of Australia. 31 The amendment changed the title of the Federal magistrates to ‘Judge’ which allowed for a wider range of appointment. Initially, there were constitutional doubts as to the validity of appointing a magistrate for federal matters. The name ‘Circuit Court’ also reflects the Court’s significant role as a federal Court, especially the Court’s circuit work in regional and rural areas. The Jurisdiction and operation of the court did not change.

This Court has concurrent jurisdiction with the Family Court of Australia. In summary, the Federal Circuit Court under the Family Law Act has extensive jurisdiction to hear:

o    parenting and maintenance of children to a marriage or de facto relationship, including where children live

o   Financial orders, including the division of property and maintenance of a party to a marriage or eligible de facto relationship

The Federal Circuit Court can hear appeals from the Social Security Appeals Tribunal (SSAT)only when relating to a question of law where there was an error in exercising jurisdiction. 33

To appeal a decision made by a Child Support Agency from 2007, you must have already lodged an objection to the decision and this gives you the right to appeal to the Federal Circuit Court. 34 The SSAT would then take a fresh look at your matter with the same powers as the original decision maker. The SSAT can affirm, vary, re-make the decision or send the matter back for reconsideration in accordance with recommendations or directions made.

The AAT reviews administrative decisions made by Government agencies under an enactment. Only a limited number of decisions regarding child support are able to be reviewed. These include whether to revoke a Departure prohibition order, whether or not to issue a Departure Authorisation Certificate and decisions about requiring a parent subject to a Departure Prohibition Order to provide security for their return to Australia. 35

The State Children’s Court primarily handles care and protection of children in regards to family law matters. They have non-federal jurisdiction so each State can only hear matters from within that state. If a court finds a child is in need of care, it can make a variety of orders in the interests of the child. Each State Children’s court has different legislation governing their jurisdiction. All states handle care and protection of children and young persons in the Children’s Court.36 A child may need protection if they have been abandoned, their parents are dead or incapacitated, or the child has suffered physical or psychological abuse, or has been neglected.

Prior to the FLA, Supreme Courts handled extensive federal jurisdiction. All other matters now go to the State Hierarchy. Non-federal family law matters involving de facto property and maintenance, family provision, adoption, welfare jurisdiction in relation to ex-nuptial children, inheritance disputes are heard in the Supreme Courts of the states and territories.