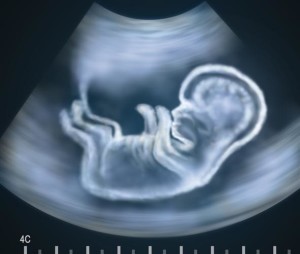 DOCTORS can ignore restrictions on late-term abortions in Tasmania without fear of prosecution and potentially without any professional sanction, according to senior legal figures.

The Reproductive Health (Access to Terminations) Act, passed by state parliament on Thursday, decriminalises abortion, but in a bid to win broader public and parliamentary support, it imposes conditions on terminations after 16 weeks pregnancy.

After 16 weeks, two doctors must agree the termination would lessen the risk of physical or mental injury to the woman.

However, a later section of the act amends the state’s criminal code so that no doctor can be prosecuted for any abortion as long as it is performed “in good faith and with reasonable care and skill”, “for the woman’s benefit” and is “reasonable having regard to all the circumstances”.

The state’s Law Society, backed by a barrister’s legal advice and an administrative law expert, believes the criminal code change decriminalises all abortions that meet the good faith, care and benefit test.

In written advice, the society advised the state’s upper house that this rendered the 16-week safeguards “wholly inoperative” and allows for lawful “termination at any time prior to birth”.

The society would not comment on the issue yesterday but a number of senior lawyers are concerned the claim that the act imposes restraints on abortions beyond 16 weeks is a “legal fiction”.

Supporters of the legislation argue that doctors flouting the post-16 week safeguards would face professional misconduct proceedings. However, some senior legal figures say this is unclear and far from guaranteed.

University of Tasmania administrative law expert Michael Stokes told The Weekend Australian there was no criminal sanction for a doctor ignoring the post-16-week safeguards in section 5 of the act.

“The act decriminalises abortions at any period of pregnancy as long as performed by a medical practitioner with good faith, reasonable care and the woman’s consent,” Mr Stokes said.

However, Mr Stokes said a doctor ignoring the requirements could argue they had no case to answer if they were in compliance with the new tests of good faith, reasonable care and benefit.

The Australian Medical Association said it believed any breach of the post-16-week safeguards would, if a complaint were made, be considered by the state’s Health Complaints Commission.