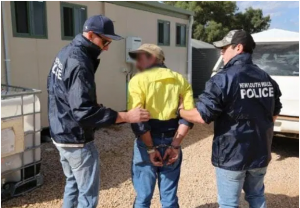 Charlie Colt, Martha’s brother, was arrested with her at Griffith where they were living together in April this year. Credit: NEWS.COM.AU

In the decades before they were found living in a squalid bush camp and accused of inbreeding and generations of incestuous sex, the Colt family moved freely from state to state, often earning money as travelling musicians.

But the law has finally caught up with them. Eight members of the alleged incest family are now preparing standing trial, starting in the NSW District Court.

Family patriarch Tim Colt (a court-appointed pseudonym to protect the identities of children) led a troupe of musicians made up of his children, including son Charlie and daughter Martha.

Tim and his wife June, who had emigrated from New Zealand, had seven children. Police allege four of whom would carry on the family tradition of interbreeding.

Tim is believed to have fathered several of his the 13 children of his daughter Betty, with whom he allegedly began to have sex after she turned 12.

June was the product of a sexual relationship back in New Zealand between a brother and sister.

Travelling from state to state, they had lived in remote parts of Western Australia, South Australia when, in Victoria in 2001, June died.

They moved back to South Australia, then Western Australia where Tim Colt died in 2009. 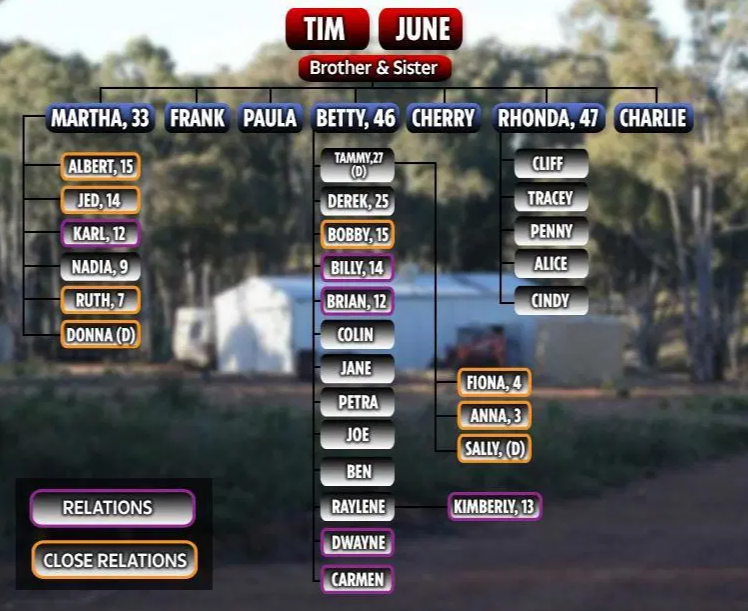 The Colt clan’s world was torn apart on July 18, 2012 when a posse of police, and legal and welfare authorities arrived at the family farm and removed twelve of the Colt children.

By then, around 40 adult and child members of the family were living together on a remote and filthy plot in the hills behind the NSW rural town of Boorowa.

But it came to an end when one of the children attending the local school told classmates his sister was pregnant and they didn’t know which relative was the father.

Police and case workers visited the farm in NSW’s Hilltops region and were horrified by what they found.

The 40 Colts lived in putrid conditions in two caravans, a garden shed and a larger shed containing two tents on an un-sewered block without running water strewn with hazardous wiring.

The living quarters and cooking facilities were filthy and strewn with rubbish, and the children were dirty, wore grubby clothes, were unable to make eye contact and spoke unintelligibly.

They had fungal infections, rotten dental hygiene, and used the bush as their toilet.

Some had facial mis-alignments, impaired walking and had never used a toothbrush or toilet paper.

Taken into care, the children began telling stories of highly sexualised activity back at the farm or disclosing disturbing pastimes such as mutilating the genitals of pet animals.

Almost six years after the family was split up, police arrested eight of them in a three-state swoop.

Betty Colt is facing five charges of making a false statement on oath amounting to perjury, which relate to her allegedly trying to conceal the paternity of her children.

Betty’s sister Martha is charged with six counts of perjury.

Betty’s sister Rhonda and daughter Raylene also face one charge each of perjury.

Brother Charlie Colt will go on trial at a later date on 27 charges, including six of sexual intercourse with a child under 10 years and 12 of inciting aggravated indecency of a person under 16 while in authority.

Three of Charlie’s male relatives, including two men believed to be his nephews, will face court as his co-accused.

Cliff Colt faces 21 charges and Roderick Colt 19 charges, both accused of 12 counts of inciting aggravated indecency of a person under 16 while in authority.

Another male Colt faces two charges of incest with a person around 16 years old under the authority of the alleged offender.

The trials of four of Tim Colt’s children and four grandchildren will hear testimony of family members, many of whom were children at the time of the allegations.

Also giving evidence will be a sister who allegedly had three children with her brother.