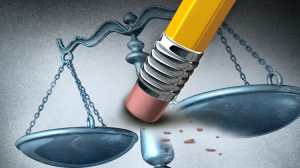 A lawyer has been ordered to repay more than $100,000 to a family law client after the WA Supreme Court found he charged too much because “he did not know what he was doing”.

The lawyer, identified only as Mr K, represented the client, Mr M, in family law proceedings between November 2008 and April 2010.

He charged the man more than $330,000, for what Supreme Court registrar Christopher Boyle found was excessive, technically deficient and inappropriate work.

Registrar Boyle expressed concern about the records produced by the lawyer to show the work he had done.

He found he seemed to have spent an excessive amount of time doing work of an administrative or clerical nature, while charging $270 an hour.

Registrar Boyle described one charge, for “research”, as disturbing and extraordinary and also noted that in some instances the lawyer charged for up to 20 hours of work in a day.

“The inevitable conclusion is that Mr K’s time records cannot be accepted as uncorroborated evidence even of time spent, let alone whether that time spent was properly chargeable to the client,” he said.

Registrar Boyle said Mr K was not an accredited family law specialist and he should not have accepted Mr M as a client.

“If he did, it should have been only on the basis that he would engage specialist counsel to provide him with the expertise he lacked,” he said.

That judge expressed concern about the adequacy of the representation provided by Mr K and noted that Mr M and his former wife had accumulated legal fees of more than $1.1 million, which was “staggering” and “totally disproportionate to the pool of [their] assets.”

Registrar Boyle said the fact Mr K did not reflect on and consider his position as a result of those criticisms reflected poorly on him.

Registrar Boyle did accept the case was contentious and difficult and that the conduct of Mr M’s wife and her lawyers significantly increased Mr M’s legal costs because they did not attempt to resolve any disputes between the parties.

However he said it was clear Mr K was out of his depth and floundered in the task of identifying and presenting relevant evidence.

The registrar ruled the fees should be reduced to $220,000 because, in his view, a competent and properly resourced practitioner could have done what was needed for no more than that amount.

“That gives Mr K roughly two-thirds of what he claimed, and I think that properly reflects wasted or otherwise inappropriate work,” he said.