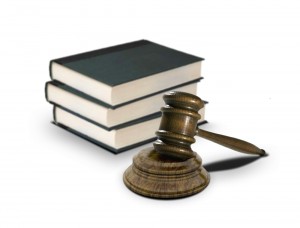 THE Family Court has formally recognised the decision of a Torres Strait Islander couple to give their newborn baby away to an infertile couple in accordance with a traditional child rearing practice.

Under the practice of ”Kupai Omasker”, Torres Strait Islander children can be given to other members of the community for a range of reasons, including the maintenance of family inheritance rights, and more equal distribution of the sexes among families.

In a special hearing last month on Thursday Island, the Family Court heard that a child – referred to as A – had been given to another couple unable to have children of their own.

Justice Gary Watts made a formal order under the Family Law Act that A was to live with the new couple and, in accordance with traditional practice, have no contact with her biological parents other than the occasional social function.

The court heard that A’s biological mother and her new mother were ”akin to sisters” and had talked on a number of occasions about how the latter was having difficulty getting pregnant because of her partner’s low sperm count.

On one occasion the first woman asked: ”If I am pregnant would you want the baby?”

When she became pregnant, A’s biological mother approached her friend and offered her the baby.

The woman accepted the offer on the condition that her friend refrain from drinking, smoking or catching planes during her pregnancy.

”During the pregnancy [the biological mother] kept telling her friend the baby was hers,” Justice Watts said in his judgment on the matter, published yesterday on the NSW Caselaw website.

”She stopped her partner from rubbing her stomach and talking to the baby, telling him that it belonged to [the other couple] …”

A’s non-biological mother attended the unborn baby’s scans and the birth itself, and neither biological parent held or kissed A when she was born. A then left with her new parents.

However, they had a shock three days later when A contracted meningitis, a condition which nearly claimed her life.

After an extended period in hospital, A recovered and was said to now be ”developing well”.

A’s biological mother told the court she believed her friends would be good parents and she said she felt ”really happy” about them getting formal recognition from the court.