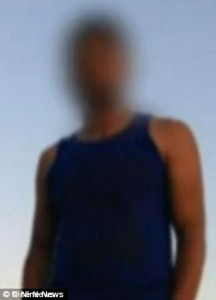 More than a year after he ’married’ a 12-year-old girl and giving her $500 as a wedding gift before he proceeded to consummate the marriage, the groom has been sentenced to a minimum of seven and a half years’ jail and a maximum of ten years jail.

The 27-year-old man, who cannot be named for legal reasons, pleaded guilty to the charge of the persistent sexual abuse of a child after he told police he married the girl in the Hunter Valley in 2014.

The pair “married” in an Islamic ceremony in the girl’s living room in the Hunter region last January.

After he was charged, the girl began complaining of sharp abdominal pains.

The girl, who also cannot be named for legal reasons, was then examined at Westmead Children’s Hospital where doctors found she had an ectopic pregnancy – where the fertilized egg implants outside the uterus – and miscarried.

The court has previously heard the man spotted the girl at a NSW mosque and instantly became interested in marrying her.

She initially refused, saying he was too old.

But the man got her telephone number from the child’s father and continued to pursue her, sending more than 50 text messages during November.

She didn’t respond to any.

Undeterred, he texted her again in December.

This time she did respond and the pair began sending each other more than 200 messages a day.

MAN TOLD IT WAS ILLEGAL

The Court heard that the man “deliberately” pursued the girl despite two imams telling him that marrying her was illegal in Australia.

The imams had told him “it is illegal here, you will get in trouble” and “it is not allowed”.

A NSW Mosque had also twice rejected the man’s request to marry the girl in the Mosque, citing the girl’s age and the fact that it would be illegal in Australia.

The man however persisted with his marriage plans, until he found an imam who agreed to perform the ceremony.

The couple were married in the living room of the girl’s father’s house, by a Pakistani imam who had agreed the perform the ceremony.

The couple spent their wedding night at a motel in the Hunter region where they had sex several times. The pair then proceeded to have sex, including oral sex, several times a day for about a month.

The Court heard that in February of last year, the man approached Centrelink and tried to claim welfare benefits by registering himself as the girl’s legal guardian. The relationship was as a result discovered by a Centrelink worker.

The girl’s father will face trial this year.

The father, who is in his 60s, allegedly arranged the illegal marriage.

The father allegedly organised his daughter’s marriage to the Lebanese immigrant because he wanted to stop her from ‘committing a life of sin’.

He was charged with procuring a child under 14 for unlawful sexual activities, and being an accessory before the fact to sexual intercourse with a person under 14.

Police allege the young girl’s father enabled his daughter’s sexual assault by organising the unlawful marriage – including allowing them to swap phone numbers and meet three times in the family home before the ceremony.

The imam, who performed the ceremony, pleaded guilty in April last year to solemnizing the marriage and was fined $500 before being deported to Pakistan.

Judge Deborah Sweeney said young girls like her needed protection from the “sexual exploitation of adults”.

The man was originally charged with 25 counts of sexual intercourse with an underage child. But in October last year he pleaded guilty to one count of persistent sexual abuse of a child.

In sentencing him in Sydney’s District Court on Friday, Judge Deborah Sweeney rejected the man’s claims that he didn’t know what he was doing was illegal and said neither his cultural or religious beliefs excused his actions.

She also dismissed the argument the girl had “consented”.

The man’s “deliberate and determined pursuit of the girl” made it a serious offence, she said.

‘The girl has since expressed a strong desire to start a family with the [then] 26-year-old,’.

The man has had his student visa cancelled and is now living in an immigration detention centre.