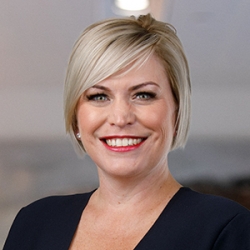 Partner at Piper Alderman
Donna Benge is a Partner in Piper Alderman’s Private Client Services practice with significant experience in the area of estate and succession planning, wills and estates.

Her expertise includes advising upon and developing estate and succession plans for individuals and businesses and advice, interpretation and drafting of wills and agreements. Donna also advises directors and trustees on fiduciary and trust issues and business structuring. She has experience advising on self managed superannuation funds, the identification of taxation issues and the administration and contesting of deceased estates. 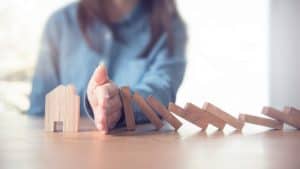 Testamentary trusts have become increasingly attractive as an estate planning strategy to provide beneficiaries with flexibility and protection for inherited assets. The increasing personal wealth of this generation means they want certainty that the assets they pass to their children and grandchildren is done so in a tax effective environment while being protected from bankruptcy, divorce and other life events.

As a testamentary trust is separate to an individual’s estate, it provides greater asset protection if the terms of the trust are clearly thought out at the time of the preparation of the will.

The recent Family Court of Australia decision of Bernard & Bernard [2019] FAMCA 421 is a good example of how giving considered thought to your estate planning can give that protection. The case arose from the separation of the deceased’s son from his wife.

The sister’s trust mirrored that of the husband’s in that the husband was the sole trustee of her trust. The two trusts operated a partnership which ran the family business of which the husband was the manager. The trusts also owned a commercial property which, the minutes prepared by the respective trustees of each trust in July 2015, recognised that the property needed significant renovations.  This was to be funded by the respective trusts.  To fund the renovations, the trustee of each trust resolved to accumulate the income of the trust after paying income tax installments.  The husband’s son had previously received a distribution from the husband’s trust but the husband had not.

The husband and his wife separated in 2015 after 28 years of marriage, being three years after the father’s death. They subsequently divorced and the proceedings related to the division of their matrimonial property.

The wife argued that:

The Court rejected the wife’s claims and held that whilst the assets of the husband’s trust were a financial resource it was not matrimonial property on the basis that:

If the husband had been the sole trustee of his trust then it is likely that the trust assets would have been matrimonial property. It is important to note that the father prepared his will at a time when the husband was still married to his wife, and one might assume, without any knowledge that they would subsequently divorce.

The circumstances demonstrate that discussing and developing an estate plan with expert advice will take these type of life events into account and provide the asset protection to beneficiaries a will-maker is seeking. A carefully structured testamentary trust can undoubtedly provide protection for your children in the event of a relationship breakdown.

Other Resources on this topic