Executive Chairman & Nationally Accredited Mediator at HHG Legal Group
Since being admitted to practice in 1998, Simon’s impressive career has been consistently celebrated. In 2017 he was named Western Australia Lawyer of the Year by the Law Society of WA. In the same week, HHG received the Attorney General’s Community Service Law Award, largely due to Simon’s creation of HHG Giving Back, the charitable arm of HHG Legal Group. Simon has also been an Australian Law Award and Australasian Law Award finalist two years in a row, receiving runner-up for the 2015 and 2016 Managing Partner/Director of the Year and Legal Innovator of the Year awards. 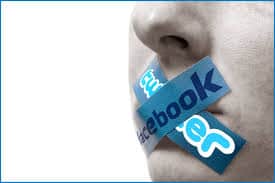 Social media sites such as Facebook, Twitter, Instagram and even professional networking sites such as LinkedIn are increasingly changing the way family law matters are conducted in Australia.

Social media has made it possible and easy to keep in touch with family and friends at any instant. But it can also mean it is easier for others to access our personal and private information including the other party to your family law proceedings.

The last thing that a party would want to come up in the middle of a bitterly fought and contentious family court proceeding about who should care for the children is to have a Facebook, Twitter or Instagram post showing that while they were supposed to look after their child, they were having a wild party at home, with the children in the background!

Equally, if Family Lawyers have a dollar for the number of times that a party in Family Court proceedings present themselves as a loving, sensitive and caring spouse, partner or parent while their social media post includes expletive laden abusive comments!

Social media “whoopsies” are not limited to children issues cases. Facebook, Instagram and LinkedIn are also increasingly being used in property matters in the Family Court. Social media posting can be analysed to work out business relationships, where assets are kept and what each party has been up to.

Parties often forget that if they have mutual friend, the ex-partner or spouse can easily see what is posted on Facebook if the settings have not been changed. Similarly, it may be deceitful for parties to suggest that they are destitute and have limited income earning capacity when their LinkedIn profiles presents them as highly successful professionals.

How does this apply to you?

Your former spouse’s tendency to indiscriminately publish information online may benefit your case, but remember that the same applies to you, and that your former spouse or their family lawyer (or even your former spouses’ friends and family) may well be monitoring your online presence, acquisitions and activities.

Remember too that any information published on social media sites is potentially accessible to everyone (even on the most private settings) and may be very difficult to permanently remove.

Social media and technologies like Skype and Whatsapp are a great way for separated or divorced parents to keep in touch with their children. However, using Facebook or Twitter to express your support for a particular arrangement for the children may be seriously detrimental to your case.

In a relocation case, the Family Court refused an Application by a Father for an order that the Mother and child be returned New Zealand. One of the factors informing the Court’s decision to refuse the Father’s order was that he had agreed with the Mother on Facebook that the child should live with the Mother.

Denigrating your spouse online is a very bad idea. Posting comments such as “useless father” or “hopeless loser” clearly demonstrate to a Court the absence of a cooperative parenting relationship and an unwillingness to promote a meaningful relationship between the children and BOTH parents. Facebook is also often a forum for more serious verbal abuse between former partners, all of which may be admissible in Court proceedings and of course potentially available for your children to access.

Many people do not know this but parties and media agencies and anyone else who comes into details of Family Court proceedings are prohibited from publishing anything that identifies the parties, the children, witnesses and anyone else who is related to or associated with a party to the proceedings. Such publication is an offence which is punishable, upon a conviction, by imprisonment up to a year.

Avoid making a general post on your Facebook page and a video on Youtube where everyone is told that your lying cheating wife has stolen your child away from you!

It only takes an instant to share a thought on social media. So think before you type! Particularly when you have had a few drinks! If you wouldn’t want a judge to read what you have posted – don’t post it!